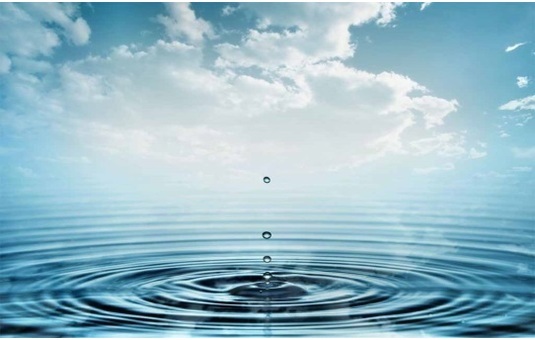 “Don’t waste water today, so as not to be deprived of it tomorrow!”

With the motto “Don’t waste water today, so as not to be deprived of it tomorrow!”, the UN has declared March 22nd as the international day for reminding humanity of the importance of water and of awareness-raising for nature’s most precious commodity.

Water is often characterised as “liquid gold”, thanks to its vital importance for health and the environment. Even if for us, access to fresh water is taken for granted and we feel that we possess it in abundance, for millions of our fellow humans on a global level, potable water is hard to find and, actually, as time goes back it tends to become a commodity that is in shortage.

The drinking water crisis is associated both with its continuing shortage in terms of quantity, as in terms of its degrading quality. A key cause for the continuing reduction of water reserves is climate change, which is due primarily to the greenhouse effect: The increase of CO2 emissions into the atmosphere leads to a continuous rise in the Earth’s temperature, which, in turn, on the one hand, increases dramatically the speed by which the planet’s ice strata melt away and, on the other, disturbs the processes of rainfall and vaporisation and, subsequently, the water resource systems. Apart from the greenhouse effect, the water reserves of the planet are impressively reduced because of extreme weather conditions that are observed with increasing frequency. All this, at a time when man has been wastefully squandering and degrading water, especially during the last century when the globe’s human population has quadrupled.

According to the UN, Unesco and other research centres’ work, the following discouraging results have been observed:

-       More than 1 billion people on the entire planet (approximately 1/7 of the total human population) have no access to safe drinking water and are unable to meet their basic needs for water. 232 million of these people come from 26 countries of the Third World.

-       18 countries of Africa and Asia are in a borderline water reserve shortage situation.

-       400 million children (almost 1/5 of the children of the world) lack even the minimum quantity of fresh water which is essential for staying alive.

-       2.5 billion people lack the most essential sanitation and hygiene conditions.

2.5 billion people lack the most essential sanitation and hygiene conditions.

-       20% of the European Union’s surface waters are threatened by pollution.

-       On a daily basis, women all over the world, in order to ensure adequate quantities of water for their families, devote a total of 200,000,000 hours, bearing heavy loads of water. In addition, the hardship of finding non-polluted water forces young girls to leave school very early in order to devote themselves to this task.

Greece, for the time being, presents no shortage of water resources, however, in order to avoid severe related issues in the future it is essential that a rational management of water both by the State and by each individual citizen is implemented.

In our country, there is a squandering of water to a very high degree, mainly through agriculture and industries, along with a simultaneous pollution of waters caused by agricultural and industrial activities. It is worth noting that the agricultural sector binds 86% of the water reserves, at the same time that the European average is 24%. The remaining 14% is intended for industrial, energy and urban use. With respect to the urban use of water, it is important to know that a very large quantity of water (mainly in the Capital) is squandered owing to bad maintenance of water networks and the leakage this entails.

Finally, in addition to the problem of wasting water in Greece, rainfalls and the demand for water are inversely proportional in several regions, resulting in a risk of water shortages there.

This World Water Day, let’s realise that it is essential to intensify our efforts immediately for the protection and the saving up of water both on a collective and on an individual level.

It is essential that governments implement a wiser management of water resources and streamline the use of water, especially where agriculture is concerned (e.g. through educating the agricultural population and creating the appropriate infrastructure).

However, it is equally important that each and every one of us adopts simple habits of water-saving in our daily lives (such as washing up with a low water-flow and immediately repairing any malfunctions of the flush and the tap) so as to act up on today’s motto “Don’t waste water today, so as not to be deprived of it tomorrow!”

For RAINBOW WATERS®, water is the reason for its existence. For this reason, respect for nature and for water is the key principle around which its philosophy and activities revolve. In order to reduce its carbon imprint on the atmosphere, which, as we have seen, directly affects the Earth’s water reserves, it has optimised its distribution system and has very successfully adopted a system for the management of reusable water bottles, as well as a bottle recycling programme. It is worth noting that through the efficient reusable water-bottle management system it implements, RAINBOW WATERS® reduces its water imprint by 53,000 m3/year (a quantity of water capable of supporting 350 four-member families for one year). By way of bottle reusability, a massive quantity of plastic is saved, which, if produced, would burden both the environment and the water. Suffice it to say that, in order to produce a plastic water-bottle, at least double the quantity of water is required than that contained within the bottle.