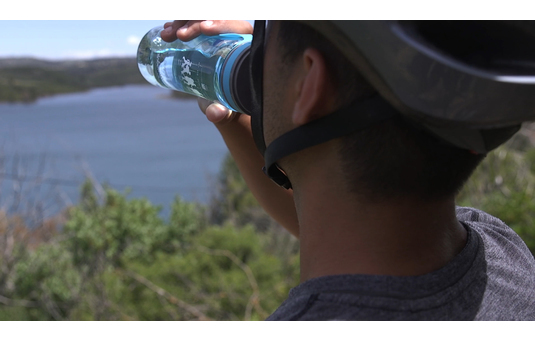 At the 20th International Congress on Nutrition that was held in Granada, Spain, the latest scientific discoveries regarding the adequate consumption of water were presented. The results discussed were based on three scientific papers by the respective professors, among them, a Greek, Dr. Stavros Kavouras. Let’s take a closer look, however, of the most important aspects discussed in detail during the conference in the form of questions.

The human body consists of 55%-65% water. Research conducted at the University of Connecticut, USA, has shown that lack of water may affect the cognitive function of the human body. Even a brief spell of dehydration could affect our choices as well as our reactions, the way we think and our performance at work. Research has shown that this has a stronger effect on women than men.

Lack of water may influence cardiovascular functions, because when we are dehydrated, there is less water running through the blood circulation system. This forces our heart to work harder in order to be able to circulate the blood and to carry oxygen throughout all the tissues. Also, in the event of dehydration, the system that maintains the temperature of our body is under stress. The system of people who live in hot climates, as well as those who exercise frequently works harder in order to eliminate the heat. Therefore, people who are not adequately hydrated have a higher bodily temperature. This can lead to an abnormal function of their system and can create symptoms like mood-swings or even headaches.

These symptoms can include difficulty in concentration or even mild headaches. Some simple symptoms can be a dry mouth and thirst, which appears when our system is dehydrated by even 2%. Also, a good indicator is the colour of urine. The darker the colour and the smaller the quantity, the more dehydrated the body. Moreover, if for example we don’t need to visit the toilet every 2-3 hours, this means that we don’t drink enough water.

The changes in the function of the human system appear when the dehydration percentage is 1.5%. An average person reaches this level of dehydration 4-6 times a week during daily routine activities and without exercise. Proper hydration, therefore, affects performance at work, mood changes and daily life in general. It may also be beneficial for the health, as it prevents the emergence of diseases like kidney stones, because water intake acts therapeutically to reduce the possibility of their occurrence. In addition, it is known that proper water intake helps in the treatment of diabetes and obesity. So, water-drinking has proved to be a healthy habit associated with many positive effects on our health and our behaviour within society at large.